We specialise in Al Hamra Village Villas and Townhouses and aim to offer the most presentable and fairly-priced properties available in this segment
Our Services are rendered using 100% European staff who are experienced and competent and are aimed at the discerning real estate client
Expertise, Competence, Professionalism and Responsiveness in a framework of friendly and welcoming approach are uncompromising principles for our Agency.

​Kotsomitis Real Estate hails as one of the best and most professional real estate brokerages dealing in Al Hamra Village property.

Kotsomitis Real Estate operates in the realty sector of the UAE with a vision of attracting high profile investors and residents to the localities of Ras Al Khaimah. The company features a team of amiable and dependable real estate agents who are all certified by the government’s real estate regulatory authorities.

EXCLUSIVE MANSION IN AL HAMRA VILLAGE ON THE MARKET NOW 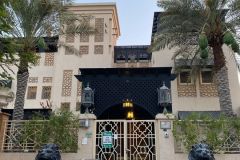 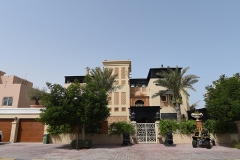 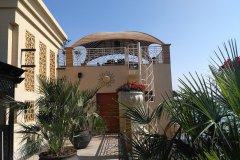 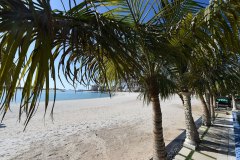 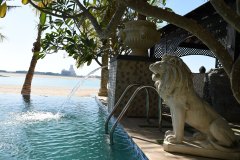 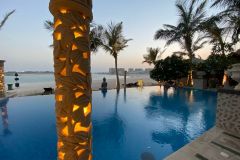 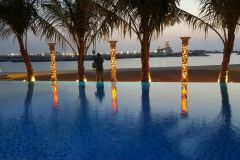 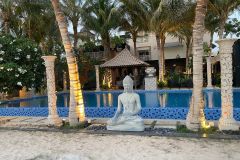 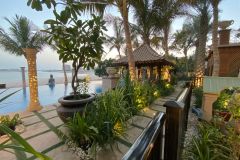 FOLLOW THIS LINK FOR DETAILED DESCRIPTION AND MORE PHOTOS.

If you are looking for a place with all year sun, amazing white sandy beaches, picturesque nature, exciting adventure and first class resorts….Welcome to Ras Al Khaimah… or “RAK” as it is affectionately known………the Jewel of the United Arab Emirates…..

It is a place of astounding natural beauty….by far the most beautiful nature spot in the United Arab Emirates…. a place of economic diversity and strength and a place of unparalleled potential.  It is the most popular luxury holiday destination in the Gulf as well as a prime destination for investing in real estate.  Ras Al Khaimah has benefitted from its strategic geographical location (which is ideal for international trade), rich coastline, diverse landscape and natural resources for many years.

RAK is certainly unique……  It is a place with traditional Arabic customs, traditions and values combined with a cosmopolitan approach and fast developing economy.  Ras Al Khaimah has an ‘A’ credit rating from both Standard and Poors and Fitch. RAK’s Government embraces the concept of free enterprise as a means for sustainable development and progress and takes pride in its governance, fiscal prudence and transparency.

Ras Al Khaimah has acquired strong international appeal as it just a 45 minutes’ drive from Dubai International Airport and only about 30 minutes’ drive from Oman.  It is really the perfect option for weekend breaks for residents of Abu Dhabi, Dubai and Sharjah who need to get away from the noisy and busy city life.  It is also an ideal place to live in for people who work in these cities.  It attracts those who want quiet, tranquil and classy lives, with access to top-end amenities and a focus on natural beauty….. away from the stressful hustle and bustle of big cities.

The northern part of RAK borders the Sultanate of Oman and southern and eastern part borders the emirates Umm Al Quwain and Fujairah.  RAK covers an area of 1,700 sq. km.  It is easily accessible by road and has a modern highway infrastructure. Ras Al Khaimah has a population of 416,600.  It is served by the RAK International Airport.

Ras Al Khaimah has witnessed in recent years a huge cultural change in all aspects, whether it be the provision of facilities, services or development of infrastructure.

Ras Al Khaimah offers its residents and visitors many ways to relax as well as many leisure options with its world-class resorts, hotels, spas and mouthwatering international gourmet cuisines…… all these being available at value for money when compared with prices in other emirates.

Just a few outdoor recreational and entertainment activities offered at RAK are watersports, desert camping and adventures, golf, biking, kayaking, fishing, mountain climbing and sailing……and last not least…. Ras Al Khaimah boasts 64 kilometres of amazing, white sandy beaches and crystal clear waters.  RAK also has impressive mountains, lush greenery, a red sandy desert as well as lagoons and creeks.  Thanks to the water source from the mountains, Ras Al Khaimah is the greenest of the Emirates.

This emirate has a rich heritage which dates back 7000 years which means that there are many historical sites, abandoned villages and forts to visit.

Visitors are embraced with the well-known warm Arabic hospitality and authentic culture during their stay at Ras Al Khaimah.

The current total population is around 300,000.

The main towns, settlements and areas are:

As Ras Al Khaimah does not produce oil, it has focused on the development of its industrial, tourism and real estate sectors.  RAK has a fully diversified economy and a GDP spread across a number of sectors (see below).  RAK’s domiciled companies make up 25% of the listed companies on the Abu Dhabi stock exchange.

Central to RAK’s success has been the establishment of the RAK Investment Authority (RAKIA), RAK Free Trade Zone, the Investment and Development Office and RAK Maritime City, who oversee over 5000 active companies from over 100 countries.

A wide variety of residential areas, commercial buildings and offices have been built and are presently being constructed in Ras Al Khaimah.

Ras Al Khaimah is becoming a very popular destination for tourists from all over the globe.  It boasts luxury beachside 5-star hotels and resorts with superb leisure and dining facilities as well as many business 4 and 3 star budget hotels.

There are many tourism projects and things to do and see.

RAK Ceramics which was established in the 1980’s is now one of the three world’s biggest manufacturers of ceramics.  It operates nine factories in RAK as well as plants in China, Slovakia and Bangladesh.  RAK Ceramics exports to over 135 countries in five continents.

RAK has huge limestone quarries with high quality limestone which supplies the cement, construction and steel industries in the UAE with a large range of building materials.  RAK’s cement companies capitalize on the emirate’s natural resources making Ras Al Khaimah the region’s largest producer of cement.

Union Cement Company was established in 1972 as the UAE’s first cement manufacturer. The company operates one of the biggest cement kilns globally.

Stevin Rock RAK Rock is one of the largest quarrying companies in the world.

Gulf Pharmaceutical Industries (Julphar) was established in the 1980’s and was the first pharmaceuticals company in the Persian Gulf.  It is now a global industry leader with 7 manufacturing plants, 5 in the United Arab Emirates and the rest in Europe and South America.

Falcon Technologies International (FTI) is a leading high-tech company with its head office and manufacturing facilities based in RAK.  FTI focuses on the manufacture of digital data storage media and supplies to global giants such as Sony, Phillips and TDK.

Agriculture and fisheries were traditionally Ras Al Khaimah’s main industrial sectors.  They are still important today and supply food for RAK and the UAE.

Guardian is one of the largest manufacturers of glass in the world and has a huge manufacturing plant in RAK.

Arc International is a leading glassware company worldwide with a plant which was recently established in RAK.  Arc International manufactures the well-known brands  Pyrex, Luminarc, Arcoroc, Cristal d’Arques Paris and Chef and Sommelier

RAK International Airport is a modern airport with world-class facilities and modern equipment and is located 18 km from the city.  It can handle the largest aircrafts with its 3.760 meter runway.  It provides cargo and passenger services and serves a variety of destinations covering the Middle East, North and East Africa, India, Central Asia and the Far East.

In line with the Emirate’s rapid growth and the future air transport needs of the Emirate, RAK Airport is constructing another seven departure gates and increasing its terminal capacity by 140%

Each port has a specific role and specialization defining RAK as a world-class maritime hub and driving RAK’s economic development.

Saqr Port is located in the Khawr Khuwayr industrial area and was the first port to be established in the UAE.  It is the biggest bulk commodity port in the Middle East.  It is the main port of RAK due to its strategic location at the entrance of the Arabian Gulf.

RAK Maritime City is the newest port of the Emirate and is a free zone maritime industrial park for a range of maritime and industrial activities.

Ras Al Khaimah is located at the northern part of the United Arab Emirates, on the Arabian Gulf coast.  RAK is the fourth largest Arab emirate and is quickly expanding.  It covers an area of 2,486 sq km… about 3% of the total land area of the United Arab Emirates.  Ras Al Khaimah boasts a range of different landscapes with its desert, coastline, mangroves and mountains……… the variety on offer is fascinating to visitors.

Ras Al Khaimah is really the most beautiful and varied of the seven Emirates.  It boasts a combination of fertile agricultural land, mountains, sea and desert that visitors find enchanting.  There are also sulphur springs located near the mountains.

On the western part of RAK is 64 km of the Persian Gulf coastline and on the eastern side the Ru’us Al Jibal mountains, which are part of the mighty Hajar mountains, starting from Musandam Peninsula and reaching up to Sur in Oman.  This mountain area was formed over 70 million years ago.  The highest mountain peak in Ras Al Khaimah, as well as the highest peak in the UAE is Jebel Jais, with a height of 1,930 m.   This area is called Ru’us Al-Jibal which means ‘heads of the mountains’.  The Hajar mountains have the greatest surface of igneous rock formed from oceanic crust in the world so, for this reason, they are popular with geologists.  The Hajar mountains reach right down to the coastline, making this a truly wonderful place for exploration and sightseeing.

Ras Al Khaimah is well known for its fertile grounds and palm trees as well as its red sand desert.  RAK has three types of natural, non-cultivated flora – the mountain flora, the desert flora and the sea flora.  RAK also inhabits various species of animals, mainly jerboas, foxes, wildcats and many bird species.

The sun shines all year-round in Ras Al Khaimah!  To put it mildly…. It’s HOT!…… Within the months of October to May the weather is perfect, about 18 to 25 °C ….. pleasant, mild, sunny but cool ….with little, sporadic rain only in the winter months.  You can swim in the sea or outdoor pools!  From June to September it is very hot and humid with temperatures normally reaching 43°C but have often reached 45°C.

Snow has only been reported twice, one time in December 2004 and one time in January 2009 in the mountain area…..needless to say everyone was thrilled about this!!

The UAE is four hours in front of GMT and there is no time changes due to daylight saving.

Follow this link to see the time difference to your country.